published by DaytonOConnor on March 29th 2011

Did you know that Sammy Hagar was abducted by aliens? We didn’t know this either until we caught a glimpse of his interview with MTV Hive last week. Sammy was plugging his book when the interviewer couldn’t hold back any longer:

MTV Hive: Okay, let’s just cut to the chase. I’m just going to come out and ask it. Have you ever been abducted by aliens?

Sammy: I think I have.

MTV Hive: What? Really? I was kidding. You seriously believe that?

Hagar then goes on to state that the aliens, “uploaded something from his brain” and that he also saw a UFO flying across the countryside at the age of four. Sure you did, Sammy.

Rock stars live outlandish lifestyles. This is an expected and encouraged trait; we, as fans, want to see the musicians/artists/bands we love as larger than life figures and we feed on the absurdity that that mindset generates. Every memoir better be filled with outlandish sexcapades and tawdry backstage stories and we trawl memoirs, gossip rags and the Internet to catch glimpses of rockers behaving badly. Most of the time, all in good fun. However, sometimes rock stars do things that fall outside their expected behavior and we realize that some of them are not just “fun” crazy but also “legitimately crazy” crazy. Sammy’s confession reminded us of some other claims some of our favorite musicians have made over the years that are just a little hard to swallow.

Pete Townshend wanted The Who to blow up… literately.

The Who are, indisputably one of the biggest bands in rock history. However, their impact, their legacy might’ve never come to be if Pete Townshend had his way. Citing the more “punk” attitude the band had in the early days, Townshend claims that, “I thought we should literately destroy ourselves, perhaps pour petrol and blow ourselves up, which Keith Moon thought was a fabulous idea.”  However, Roger Daltrey had to go be a downer, ruin everyone’s fun and vetoed the idea of the band blowing themselves up. Too bad for Townshend as he has recently stated that if he could’ve done anything differently he, “would have never joined a band.” Oof.

Let’s not forget, fireworks did make appearances in the group’s work. Case in point, “My Generation”.

Keith Richards beat heroin with a blood transfusion and snorted his fathers ashes.

We all know that Keith Richards is a wild, wild man. His autobiography, Life, which came out this year has been hailed by many critics for its candor and lucid tone as Richards recounted his rock star life and every debauched moment in it. However, everyone’s known Keith’s been crazy for years. It was once stated by various Rolling Stone biographers that Keith had gotten clean of heroin by having all of his blood transfused in some backroom treatment in Mexico. The absurdity of such a procedure has been well documented as well, with health care professionals stating that such a treatment does not exist and is impossible. Keith also went on the record that he was the cause of the rumor, stating that he made a comment about the blood transfusion as a joke. 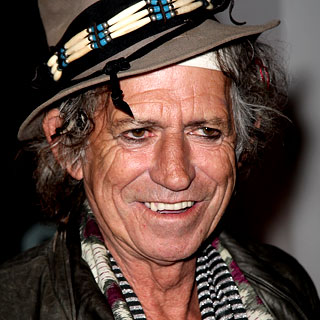 However, Keith has at least one more notable claim to his name. In 2007, Richards claimed in an interview with NME that after his father’s death, Richards “snorted [his] father. He was cremated and I couldn’t resist grinding him up with a little bit of blow.” Later on, Richards did claim that he had been misquoted. “The cocaine bit was rubbish,” Richards said. “I chopped him up like cocaine, not with.” Well, to each his own.

Led Zeppelin had one of their groupies have sex… with a fish.

This might be the most infamous and the most mysterious of all the big rock claims. It’s a story which has been propagated over the years and has gathered layers of exaggeration and embellishment over the years. The story has been told in a number of different ways with varying levels of salacious detail. However, there are a few aspects that remain the same throughout; while Led Zeppelin was staying in Seattle after a show, they encountered a rather enthusiastic groupie whom they successfully encouraged to have carnal relations… with a mud shark. There’s actually more than a grain of truth to back this one up. There was a groupie and there was a fish, but that’s about as far as it goes. The fish was no shark but really a red snapper (perhaps a red herring?) and it wasn’t the band instigating the episode but their manager, Richard Cole. Snopes gives a good rundown of the rumor and the truth of the matter, but warning to all readers, both the rumor and the truth are pretty gross.