published by OurStage on June 3rd 2011 in Rock

A new supergroup is on the horizon, but “new” isn’t really the right word” the band has been recording its debut album in secret for the past eighteen months. The seed was planted by Dave Stewart two years ago, when he called up Mick Jagger and proposed the idea of fusing several different genres together. After some brainstorming and a few phone calls, they picked up Joss Stone, Damian Marley and A.R. Rahman to complete the spectrum. We don’t have any doubt that people are intrigued by this illustrious medley of musicians, but let’s face it: Jagger isn’t exactly known for playing nice with others. 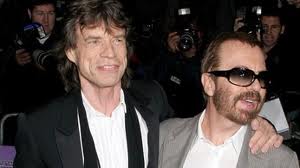 We could have called this article “When Egos Collide,” but then again, none of these guys are notorious egomaniacs with the exception of Jagger. Rahman, considered “the world’s most prominent and prolific film composer” by Time Magazine, has been quoted saying “[T]here is only one of the two that can reside in our heart: God or ego. If God is in, ego is out.” Jagger, on the other hand, has been quoted saying “Obviously I have this sort of strange animal magnetism. It’s very hard for me to take my eyes off myself.” Let’s not be too judgmental, though, because the quote’s taken out of context and there’s a good chance that he’s kidding around anyway. But what about his lifelong friend Keith Richards, who refers to Mick as “her majesty” and “unbearable”? You could chalk it up to jealousy, the nature of their relationship or even argue that Mick has earned the right to act the way he does, but come on, it’s pretty obvious that there’s some truth behind the words. Either way, it’s going to be interesting to see if he can share the stage with four other music heavyweights.

It’s still unclear if the supergroup, called “Super Heavy,” will have a definitive frontman or not. According to CNN, Jagger is excited about having four vocalists in the band because it gives him a chance to play other instruments, as well as alleviate some of the dependence on him as a singer. The issue probably won’t come up anyway, unless the band goes on tour, but touring certainly seems like a possibility. “I think if we’re rehearsing and it sounds great and people love the idea then nobody would rule out the possibility of it,” said Stewart. But it’s hard to picture Mick giving up his share of the limelight for the likes of Joss Stone, Damian Marley or anyone else for that matter. In the meantime, the album is recorded, as well as their first video, and it looks like they’re planning a release around September.