published by OurStage on July 22nd 2011 in Features and Rock

Welcome to 88 MPH, musical time traveler!  Before we hop in the DeLorean and activate the flux capacitor, remember that even though you’ve got Hypemachine, your favorite blogs and an RSS feed that ranges from Pitchfork to Vibe, there’s a lot more music out there!  Tons of great bands from previous decades are in danger of fading from memory as new generations of music fans ditch their parents’ record collections in favor of what’s new and fresh.  88 MPH is here to show that current music hasn’t forgotten the past.  On the contrary, it actively draws on the past for inspiration.  This column will showcase OurStage and national acts that either pay homage to, or just plain sound like, older bands. Better strap yourself in, Marty.  It’s going to be a bumpy ride¦

In the past few years, Throwback Suburbia have accomplished feats that most independent bands only dream about.  Opening for Rooney and The Gin Blossoms, receiving regular radio airplay on the legendary KROQ, and racking up endorsements from Pearl, D’Addario and Evans, the guys from Portland, Oregon have proved that being 100% independent doesn’t mean you can’t be 100% successful. These pop tunesmiths make no attempt to hide their retro influences, claiming they have “one mod-style boot planted in classic British rock.” Considering the group’s impeccable harmonies, chiming guitars and swirling organ sounds, that shod foot undoubtedly belongs to Elvis Costello. 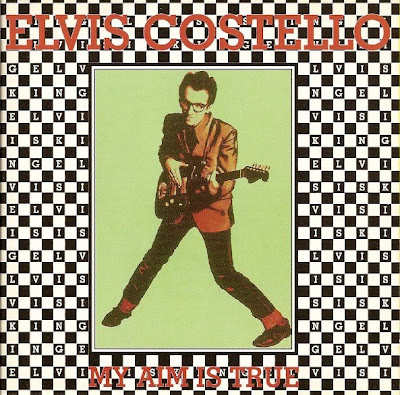 The commanding sneer that stared out from the cover of Costello’s debut 1977 LP My Aim Is True said it all.  He had an attitude, a clearly-defined style and some fantastic tunes to boot.  Barreling out of the British pub rock scene of the mid ’70s, Costello mined the previous fifty years of pop music to create his own signature blend of reggae, punk, power pop and country.  Following his debut, Costello formed The Attractions, a backing band that greatly influenced the sound of his two subsequent albums.  Pianist Steve Nieve’s organ and synth parts took central roles in Costello’s songs, while Bruce Thomas and Pete Thomas played equally complex bass and drum fills that broke the stereotype of the traditionally staid rhythm section.  Topped off with Costello’s acerbic lyrics and signature Buddy Holly glasses, these first three albums became classics that influenced the look and sound of guitar-based pop for the next quarter century and beyond.

Costello’s enduring influence shines through in the opening seconds of Throwback Suburbia’s “Same Mistake” (listen below). A vintage organ riff floats above jangly, sustained guitar chords, echoing the intro section to Costello’s “This Year’s Girl” (above). When vocalist Jimi Evans sings “this feels so do or die,” the resemblance to Costello is so close that the elder rocker might as well be guesting on the track. Evans matches his slightly nasal vocal style perfectly and delivers the same type of self-conscious but aloof lyrics that Costello writes so well.

Though Throwback Suburbia are clearly admirers of Costello’s sound, they’re not slavish interpreters.  By combining Costello’s vintage sound with modern pop sensibilities, the band deftly retains their own individuality. Throwback Suburbia are currently in the studio recording their new album, which is due for mixing in the fall.  Check out their in-studio video diary to see what they’ve been up to!