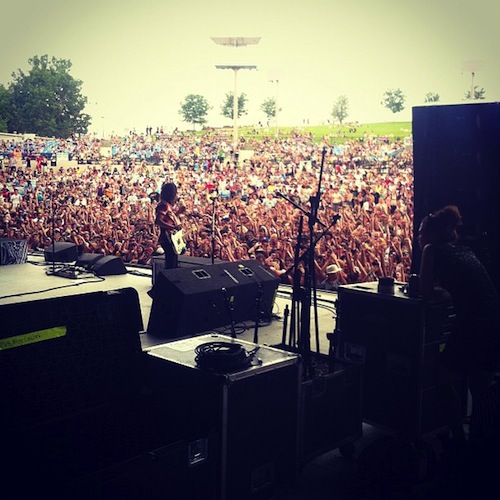 2. Long Island, NY – Warped Tour is known for growing in size with each passing year, but nothing could have prepared us for the size and passion of Long Island’s crowd. More than any other date, this stop showed us just how accepting and fun Warped fans can be. People danced during the band’s set, gave us high-fives and kind words at the booth, and more often than not offered some form of a compliment when hearing the tunes. We discovered true music fans this day, and I know it meant a lot to everyone on our bus. 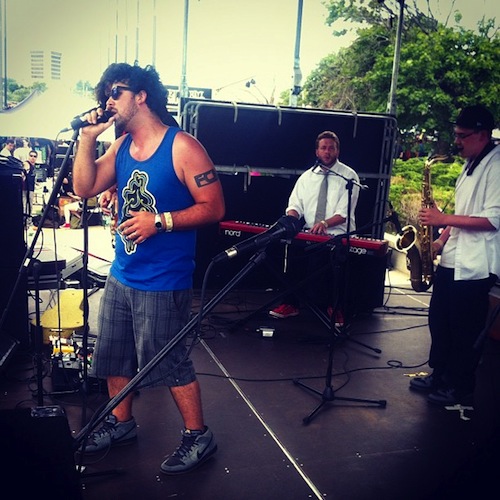 3. Bus life/New Family – Coming from a childhood void of siblings, I was a bit nervous about spending the better part of a month living in tiny quarters with 12 others. Having now come out the other end of our journey, I can honestly say I would not want to have traveled any other way. Everyone, from Larry and his band, to the guys working the stage, to the other bands we met along the way, became family. I know more people in states I’ve never actually visited than I can count, with more reaching out still via social networks, and I couldn’t be more thankful. We went in as individuals and emerged at the end as a team. 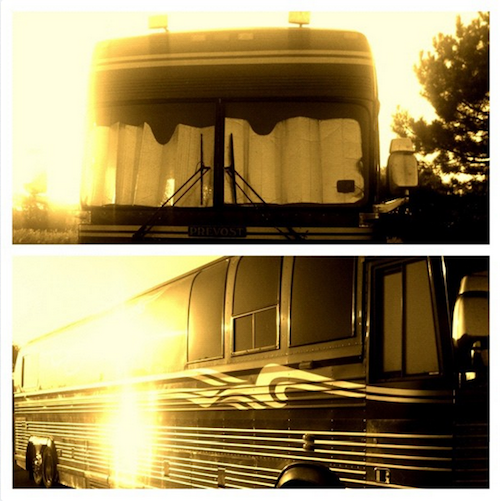 4. Three Completely Different Days in Florida – Being from the midwest, I know firsthand what it’s like to long for great tours to come even remotely close to your area. That said, sit back for a second and take in the fact that Florida has 3 Warped Tour dates. That’s right, 3. Necessary? Maybe not. Interesting? Quite.

We spent the majority of our journey’s final leg running through the Sunshine state. First we found ourselves on the edge of gator infested waters just outside Orlando. The grass was tall, the pavement was scarce, and the night was capped with a crew-thrown tiki party for everyone. From there, we took Warped to West Palm Beach, our only amphitheater, and discovered just how brutal the Florida sun can be on even the most tanned skin (and trust me, we’re all quite tan). After that, St. Petersburg lived up to its vaunted title as Florida’s most beautiful destination by hosting Warped on the edge of the ocean. To say it was breathtaking would be an understatement. 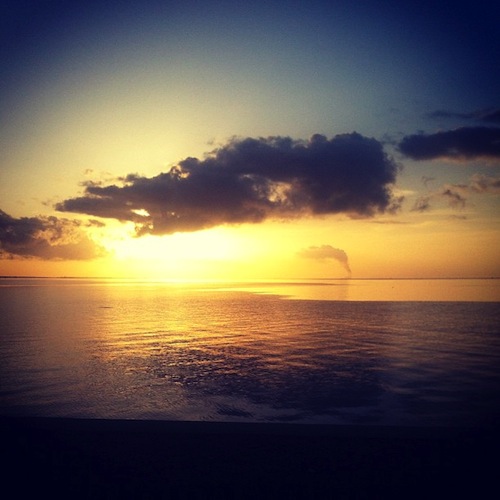 St. Petersburg at 7:30 in the morning

5. Learning a new appreciation for music – Prior to Warped Tour, I would not hesitate to call myself a fan of all realms of music. I knew the lineup, I knew the singles, and I THOUGHT I was in for day after day of hit after hit. That did happen, for awhile, but I soon found that my real passion for music lie in something deeper than great hooks and awesome breakdowns. Maybe it was the 20+ sets from Larry g(EE)’s group, or the late night bus sing-a-longs to Motown classics, or the Southern soul rock group The Constellations, but I have fallen head over heels (again) for music that moves people. Rock, pop, soul, funk, hip hop, rap, metal, grunge, hardcore, EDM, dubstep, heck, I don’t care if it’s something combining all the above – just play it with passion. I once read that one of the hardest parts of growing up is watching your heroes become people and, to an extent, that is what I took away most from Vans Warped Tour. There’s a difference between going on stage to perform as if it’s your only set before the end of the world and going on stage to perform the same six songs you played the day before (and will play the next day). I get it, hits are hits, but even the hits need a sense of originality in order to land gracefully on the listener’s palette. Everyday I watched five men wake up and push themselves to perform better, work harder, and make the most of the opportunity they had been given without a second of hesitation, for no reason other than the love of performing their music. They weren’t getting paid (though they did sell merch), they had never been to many of the regions being visited, they were not playing the dominant genre of music on display, and not a bit of that mattered to them in the slightest. They believed in themselves and people across the country took notice. A real connection was made because they were putting themselves and their art out there for the right reasons, and witnessing that connection day in and day out is something I hope never to forget. 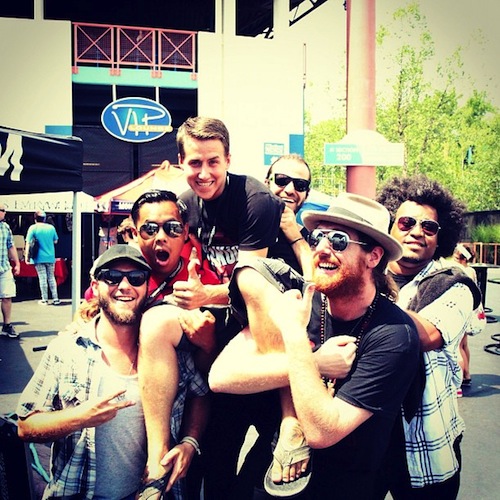