Get Lyrical: Get Patriotic

published by EmilyCassel on June 29th 2011 in Features 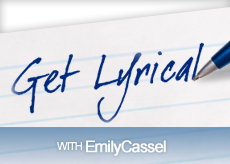 It’s that time of year again”a time for unfurling the flag, firing up the grill and unleashing your inner pyromaniac with a homemade fireworks display. And of course, you’ll need a playlist for all the back porch barbecuing and blowing stuff up you plan on doing. We’re always willing to get you in the holiday spirit, so if you still have space in between Sweet Home Alabama and Courtesy of the Red White and Blue, on your iPod, we’d like to recommend the following tunes from two patriotic OurStagers.

Remember September “ Do You Remember

Remember September manager John Schod says that “Do You Remember” was inspired in 2008, when the group took their first trip to Walter Reed Medical Center in DC to perform at a benefit concert for the soldiers, their families and the hospital staff. Jay [Schod, vocals] said that he was speaking with two young boys that were visiting for the weekend to spend time with their dad, who was rehabilitating at the hospital, Schod says. “The song is a tribute to the children of the fallen.”

Melancholy but hopeful, “Do You Remember” features wistful lyrics like “I miss the sunsets and I miss the moons/ The spring time in May, the summer time in June.” But while the song is a tearjerker, it ultimately has a hopeful message: “All the tears that I’ve cried since the day that you died/ Don’t worry I still believe.”

The treatment that Vietnam and Korean War veterans experienced spurred Bobby Ray to pen the lyrics to “Fighting My Way Back Home” in 2003. “‘Fighting My Way Back Home’ is a song about a soldier whose courage exceeds the call of duty on and beyond the battlefield,” Ray says. “This song is really about how hard it is for a soldier to truly ‘find their way back home’ even after their tour of duty is through, and how perseverance pays off in the end.”

Told from the point of view of a war vet, the oft-repeated phrase of the track is “I keep fighting, Lord I been fighting/ I’m fighting my way back home.” At times, the song sounds pretty bleak, with lyrics like “Then, I headed for the US of A to pick up where I left off/ But the people who once were my friends all they do is just laugh and scoff.”  Ultimately though, it has an uplifting conclusion: “Now I look back on the past of my life/ I’m so glad that I stuck things out/ Never gave up or ever gave in/ isn’t that what life’s all about?” “Fighting My Way Back Home” is a powerful reminder of the respect war veterans are owed. “Lest we forget their sacrifices,” Ray says, “We as Americans owe every soldier of every conflict and war a debt we can never repay.”

Hungry for more? (We mean patriotic songs, not hamburgers and hot dogs.) Check out this OurStage playlist for more fitting tunes for the fourth.