published by Angela on February 11th 2014 in Rock 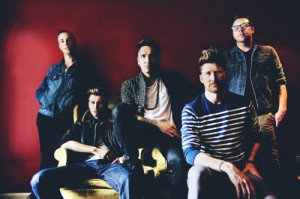 Last month Anberlin fans everywhere were hit with the bombshell news that following a final album and tour, the band would break up. Though the news came as a bit of a shock, the band has so far stayed true to their word, having just recently announced their last run of UK dates in Glasgow, Manchester, and London this August. U.S. fans can catch the band live on this year’s Vans Warped Tour.

Although album details are still preliminary, the band has announced a re-signing to former label, Tooth & Nail Records, and seem to already be working on the new album. Check out their final UK dates below.