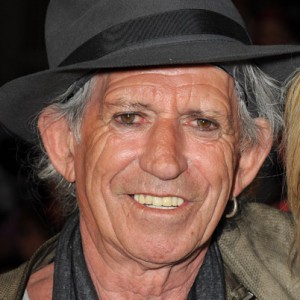 I don’t know why I’m surprised. In this day and age, it seems musicians are doing just about everything, and as much as Keith Richards is probably one of the last people I’d peg to write a children’s book, it seems I’d be wrong. Billboard reports that Richards’ story, Gus & Me: The Story Of My Granddad and My First Guitar, details Richards’ own relationship with his grandfather, Gus Dupree. Illustrations will come from his daughter, Theodora Richards (ok, so that’s kind of sweet), and the book will be released this fall. Barnaby Harris and Bill Shapiro will assist in the writing, so I guess we don’t have to worry about any of that drug abuse and debauchery that appeared in his memoir, Life, popping up. Keep an eye out for Richards’ book, released on Little Brown Books For Young Readers this fall.