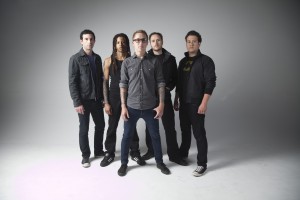 After nearly 17 years, Longineu Parsons has decided to part ways with Yellowcard. The band announced their drummer’s departure on Thursday, saying, “It has been announced that long-time drummer Longineu ‘LP’ Parsons III has left YELLOWCARD. Longineu has decided to pursue other musical interests. We wish him the best of luck in his future endeavors.” A replacement has not been announced. Parsons’ exit leaves Sean Mackin as the sole original member. It is unclear what this means for the band’s upcoming tour dates, including their slot on this summer’s Warped Tour.

More like this:
Q&A With Yellowcard
Exclusive Q and A: Yellowcard Open Up About ˜Southern Air’ And Being Warped Tour Veterans
Yellowcard’s Ryan Key Suffers Vocal Chord Hemorrhage