published by Rebecca Frank on December 30th 2012 in Exclusive Interviews, Pop and Rock

In the early 2000’s, pop-punk was in its golden age, and Drive-Thru Records was the hub of all the big activity. Home to bands like New Found Glory, Something Corporate and The Early November, Drive-Thru found further success when it released The Starting Line‘s debut album, Say It Like You Mean It. The Starting Line became poster children for the Warped Tour scene and were even able to accomplish the difficult task of avoiding the sophomore slump and going on to write an even stronger third record.

In 2008, the band went on hiatus, as frontman Kenny Vasoli and keyboardist Brian Schmutz pursued their experimental side project, Person L. The band released two LPs before going silent for a few years, but Vasoli hasn’t stopped making music. Joined by members of Brooklyn-based Body Language, he now fronts the dreamy indie pop band Vacationer. We had the pleasure of chatting with Vasoli about his newest project, their creative process, and why he’s looking forward to The Starting Line’s upcoming 10th anniversary tour for Say It Like You Mean It.

OS: Give us the backstory behind Vacationer and how you met the members of the band.

KV: I started making Vacationer music in the summer of 2010. For awhile, I’d been wanting to get into an electronic project. Something I could set up more simply than a full, live rock band. I also wanted to do something that wasn’t so heavy on the volume. I reached out to my friend and former bandmate Matt Watts and asked if he knew of anyone up in Brooklyn that might want to try collaborating with me on something in the electronic realm. He sent me some links, and on that list was a band called Body Language. He said that there were two guys, Matt and Grant, that produced electro stuff, they’d worked with Passion Pit before. He set up like a blind date kind of session for us. I came up there and played them a few things that were inspiring me at the time, and we managed to come up with a loop and a beat that first session. Eventually that song became “Great Love,” which made it on to the record. 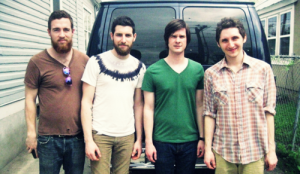 OS: This project has such a unique sound to it; there’s a lot of cool noises and loops going on. What is the songwriting process like for you guys?

KV: Usually those guys will have a short idea, anywhere from 30 seconds to a minute long. They’ll send me a skeleton idea for me to work off of. I’ll go through a few ideas that I have, cut up their stuff a little and rearrange it, and then send it back to them. They’ll send me notes on it and then we set up a session. It’s a pretty quick process, how the songwriting goes. We just bounce it back and forth to each other and then lay it down.

END_OF_DOCUMENT_TOKEN_TO_BE_REPLACED

Perform On The Rock Boat With Tony Lucca, Sister Hazel, And More!

published by Rebecca Frank on November 20th 2012 in OurStage Updates

There’s no better time to hit The Bahamas than in the dead of winter, and what could be cooler than cruising around the Caribbean on The Rock Boat? Answer: Performing while you’re on board…twice.

Enter the “Rock Boat Lucky 13” Competition now for your chance to win this career-changing opportunity, and you could get added to the impressive list of performers like Brandi Carlile, Tony Lucca from The Voice, Sister Hazel, Scars on 45, and more! So, what are you waiting for? Enter now, rally your fans and get your swimsuit ready…you might need it soon.

published by Rebecca Frank on November 16th 2012 in Pop, Reviews & Playlists and Rock

We’re big fans of catchy hooks here at OurStage, but they aren’t just for the Britneys and Ke$has of the world. This mix highlights some of our favorite pop punk sing-a-longs, including tracks from OurStage artists Letterday, Junior Doctor, and LoveSick Radio.

published by Rebecca Frank on November 14th 2012 in Features, Pop and Urban

We love passing new music videos around the OurStage office, and now we’re going to be sharing our finds with you. Here’s this week’s freshest new clips!

Okay, so it’s not a music video, but there’s no denying how catchy Christina Aguilera’s newest single is. The pop diva celebrated the release of her new album, Lotus, yesterday, crown and all. And what better way to promote the album than to perform a song live on your hit television show? The bedazzled XTina enlists the help of the incomparable Cee-Lo Green, who casually strolls around with a scepter. Does it make sense? Not really. But that’s Cee-Lo for ya.

Speaking of wacky performers, Azealia Banks’ new video for “Atlantis” looks like a crazy and colorful ode to screensavers from Windows 95. No flying toasters, but there’s plenty of Word Art and cartoon dolphins to last you a lifetime. 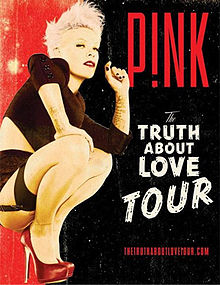 P!nk is known for having badass pop chicks (or chick-fronted bands) open for her, like VV Brown, Nikka Costa, and The Ting Tings. Today, she surprised us all by announcing that the bands supporting her on her upcoming The Truth About Love Tour would be acoustic/folk solo artist City and Colour and Swedish garage rockers The Hives. While we’re still scratching our heads at the choices, we have to admit that P!nk has some pretty great taste in music.

Known for her stellar live vocals and acrobatic stage antics, P!nk is one of the most impressive performers out there. Make sure you check out The Truth About Love Tour when it comes to your hometown! Find your local tour date here.

Fan of P!nk? Check out OurStage artists The Design.

Watch This! Wednesday: Jitta On The Track, P!nk, And Matt & Kim

Win Tickets To The Rock Yourself To Sleep Tour On Tumblr!

published by Rebecca Frank on November 12th 2012 in Rock 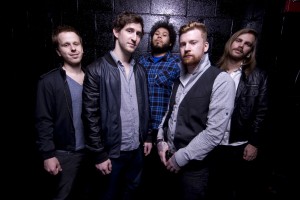 Do you brush your teeth to Downtown Battle Mountain? Do you have an autographed Dance Gavin Dance poster hanging on your wall? Do you practice screaming like Jon Mess in your car? Then we’ve got good news for you: We’re giving away free tickets to every stop of the Rock Yourself To Sleep Tour, featuring DGD, A Lot Like Birds, and more!

Here’s how to win:

3. Tell your friends to do the same, because every winner gets two tickets!