published by Angela on March 13th 2014 in Pop, Rock and Urban 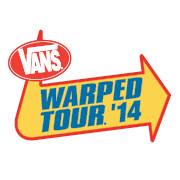 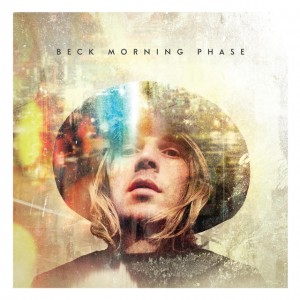 We’re not sure if you’ve noticed, but we’ve kind of been on a Beck kick lately. With all the incredible music he’s been releasing lately in conjunction with his newest album, Morning Phase, we really can’t help ourselves. Now, just weeks after dropping that album, Beck has announced a small (and we mean small) batch of dates this spring/summer. The tour will hit California, Arizona, Texas, Ohio, Massachusetts, Montreal, Toronto, and Detroit, before ending in New York on July 1st for SummerStage festival. Check out the dates below. END_OF_DOCUMENT_TOKEN_TO_BE_REPLACED

The opening scenes of an audition on The Voice are always tense. Four judges sit with their backs to the singer, each one waiting to discover their next protege. As Kat Robichaud belted out the words to the Kiki Dee Band‘s “I’ve Got The Music In Me,” judge after judge turned their chair around to watch her ferocious performance, before battling it out. In the end Robichaud chose Cee Lo Green to be her partner in crime. You can watch the whole thing unfold below. END_OF_DOCUMENT_TOKEN_TO_BE_REPLACED

published by Angela on March 12th 2014 in Pop and Rock 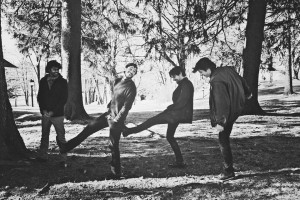 Indie-folk is a growing (and still underrated) genre. It’s mellow, calming, inspiring, rootsy, and has just enough twang to make your heart melt. Enter Boston-based Darlingside. With a flair for folk, this quartet bring four very different musical styles to the table, melding influences and instruments in their latest split-EP, Woodstock. The EP combines the works of Darlingside and Heather Maloney with two originals from each, and one cover song”but this isn’t your average split. It’s a collaboration, with each act performing on the other’s tunes, making for an intriguing mix. Download the album below. END_OF_DOCUMENT_TOKEN_TO_BE_REPLACED 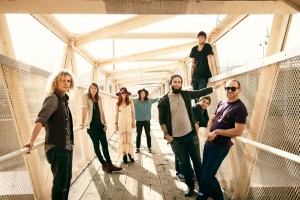 I remember the first time I heard The Mowgli’s crooning out “San Francisco” on the radio. I remember because it was right before I made the move to that very city, and I kept thinking that if The Mowgli’s sounded that jazzed about it, I probably should be too. Flash forward three months, and the band is getting ready to play the Pandora showcase at SXSW this Friday, March 14th at 2pm in The Gatsby. Can’t make it out to Austin, TX this week? Don’t worry, the band will be touring the U.S. throughout March and April with support along the way from acts such as American Authors and MisterWives. Check out the full routing here, and more info surrounding their time at SXSW below. END_OF_DOCUMENT_TOKEN_TO_BE_REPLACED 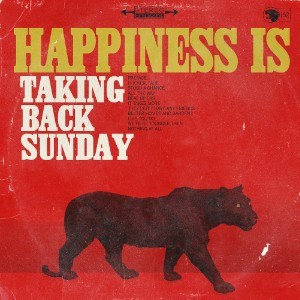 Opening with the beautifully eerie track “Preface” comes Taking Back Sunday‘s sixth studio album, Happiness Is. It isn’t long before the band break into their signature sound for just under an hour of old-school Taking Back Sunday. The album officially drops March 18th via Hopeless Records, but if you can’t wait another week you can now stream the album in its entirety below. Check it out, and catch the band on their co-headlining tour with The Used beginning this Friday, with support from Tonight Alive and Sleepwave. END_OF_DOCUMENT_TOKEN_TO_BE_REPLACED